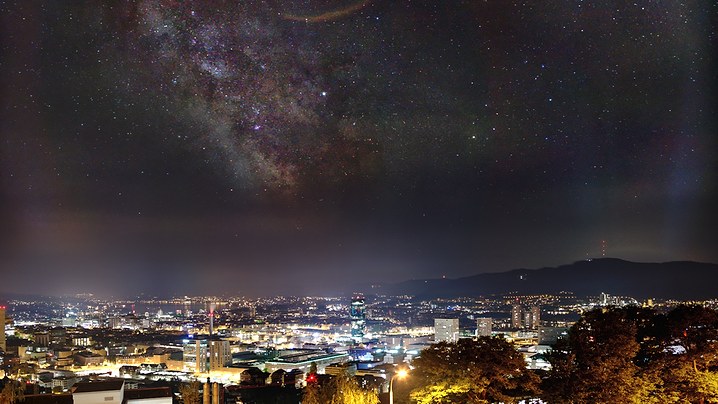 The milkyway core over Zurich.

One of the first lessons in astrophotography is that you better find a dark place, far away from the lights of civilization if you want to take good pictures of the night sky.

Wouldn’t it be beautiful if it was possible to photograph the Milky Way in the middle of a city?

I wanted to try.

I packed my camera onto my bike and rode into night to take a few photos. This is what they looked like after I developed them using RawTherapee. 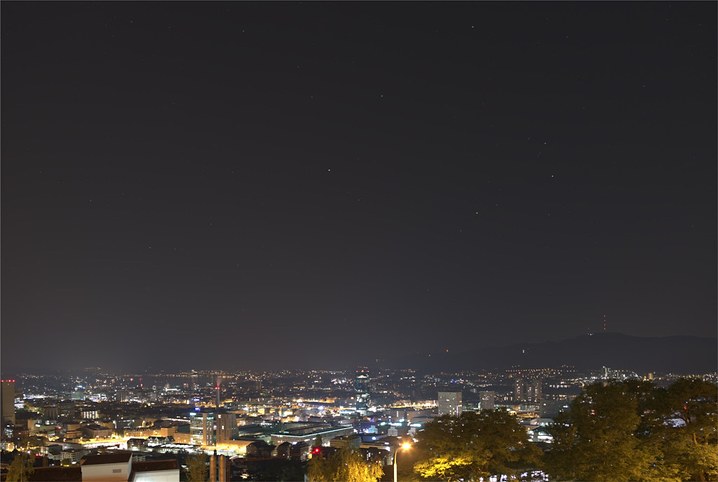 Straigh out of camera

When you take a picture of the night sky in a city this is about what you will get. At least we can see Saturn and a few stars. Let’s try to peek through the haze.

The first step is to collect more light. The more light we capture with our camera the easier it will be to separate the photons coming from the nebulae in the galactic center from the noise. We can gather more light by capturing more photographs. The only problem is of course that the stars are moving.


The stars are moving

We can fix this problem by aligning the images based on the stars. I used Hugin for this job.

The next step is to combine (stack) all of the images into one. The ground will look blurry because it moves but the stars will remain sharp. I used Siril for this task. 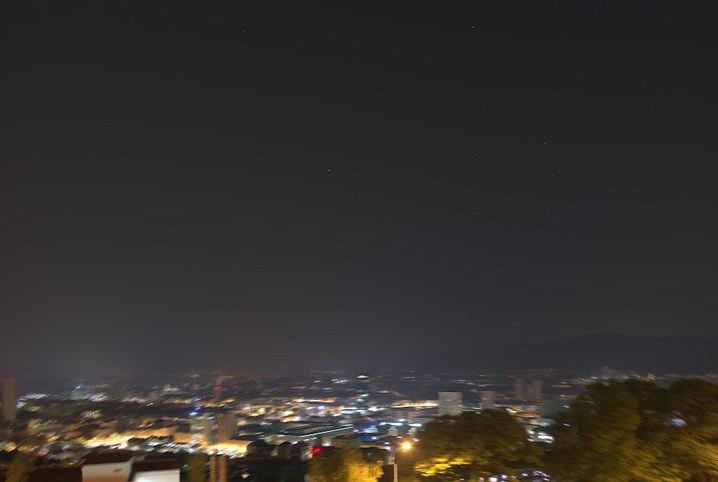 Now this is where the magic happens. We remove the ground and stars from the image and then blur it a lot. 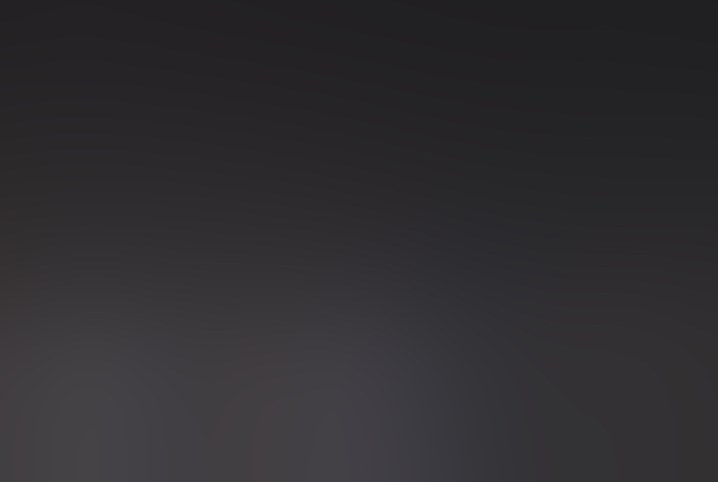 All this image now contains is the light pollution. Let’s subtract1 it. 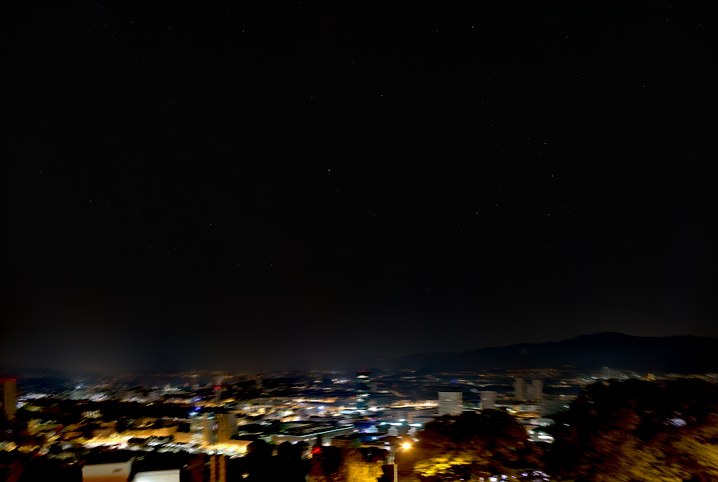 With all of the light pollution gone darkness remains.

Now we can amplify the faint light in the image, increase contrast and denoise. 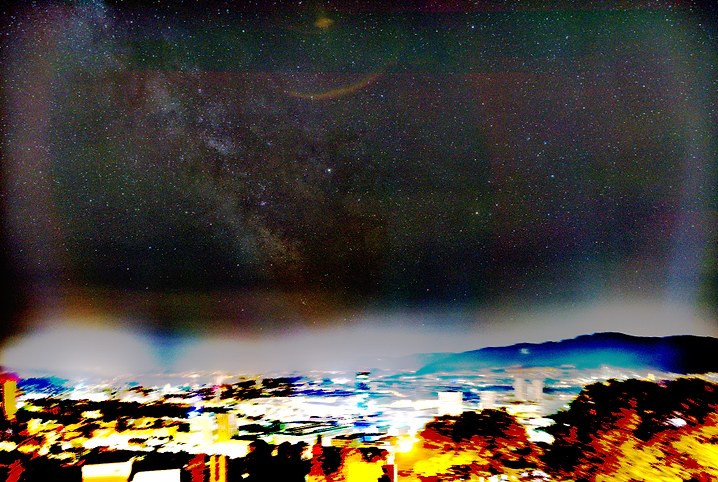 Finally we add the recovered light back to one of the original images and apply some final tweaks.

Why this is possible

This is possible because of two main reasons. Light pollution is the result of light being scattered (light bouncing of particles in the air) in the air. Unlike for instance dense smoke, light pollution does not block the light from the glowing gas clouds of the Milky Way. This means that the signal is still there just very weak compared to the city lights.

The other reason is that the light pollution, especially higher above the horizon becomes more and more even. That’s the property that allows us to separate it from the more focused light of the stars and nebula using a high pass filter.

The result is definitely noisy and not of the highest quality but still it amazes me, that this is even possible.

A consumer grade camera and free software can reveal the center of our home galaxy behind the bright haze of city lights, showing us our place in our galaxy and the the universe beyond.

I’m curious how much farther I can push this technique with deliberately chosen framing, tweaked settings, more exposures and maybe a Didymium filter.

If you want to learn about astrophotography in general I recommend you to read lonelyspeck.com. Ian is a much better writer than I will ever be and he has written a lot of great articles.

1: In practice you want to use grain extract/merge here since subtraction in most graphics software clips negative values to zero.